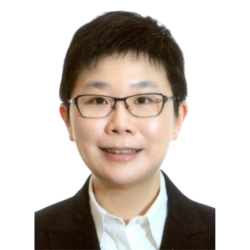 Ms. Kok Li Peng has been serving as Singapores Permanent Representative to ASEAN in Jakarta.

Ms. Kok graduated with a Bachelor of Laws, Second Class Honours, from the National University of Singapore in 1994. She obtained a Masters in Arts (Political Science) from Columbia University in 2006, on a Fulbright Scholarship.

A career diplomat, Ms. Kok joined the Ministry of Foreign Affairs in 1995. She has served as Ambassador in Manila from March 2015 to December 2018. Before her ambassadorial appointment, Ms. Kok served as Director-General in the ASEAN Directorate from 2012 to 2015. Her other overseas postings include Permanent Mission of Singapore to the United Nations in New York, where she was Deputy Permanent Representative and Counsellor from 2008 to 2012, and Embassy of Singapore in Washington, D.C as a First Secretary from 1999 to 2002. Her other assignments in Ministry Headquarters include Deputy Director covering Malaysia and Brunei from 2006 to 2008 and Assistant Director covering Malaysia and Brunei and subsequently Assistant Director for Special Projects from 2002 to 2005.

Ms. Kok Li Peng was awarded the Public Administration Medal (Bronze) in 2008. She was appointed to the NIE International Board in 2012.