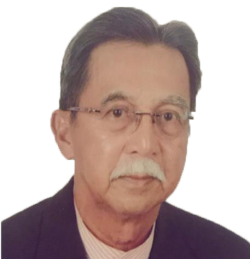 Dato’ Sri Ahmad Zamzamin bin Hashim is the Representative of Malaysia to the Advisory Board of the ASEAN Institute for Peace and Reconciliation (ASEAN-IPR).

Between 2013-2018 he was appointed by then Prime Minister as Facilitator of the Join Working Group Peace Dialogue Process on Southern Thailand (JWG-PDP). He was Vice-President (Analysis) of Malaysia Islamic Dakwah Foundation (YADIM) between November 2011-July 2013. From 2009 to 2011, he was Director General for Research Division, Prime Minister’s Department.  In 1976, he was appointed as Assistant Director for Research Division, Prime Minister’s Department.