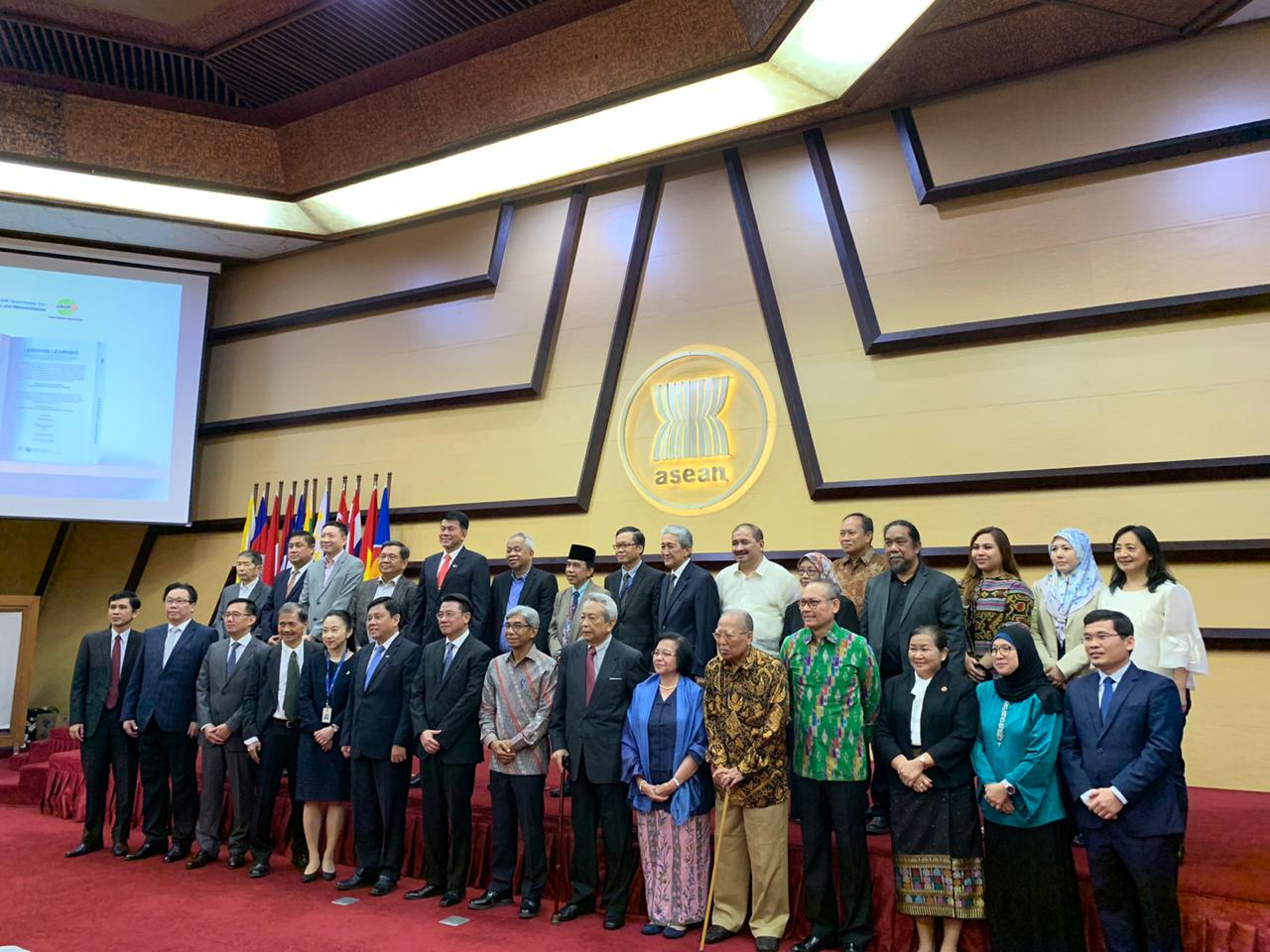 PRESS RELEASE: Seminar on the Outcome of ASEAN-IPR Research Project on Lessons Learned from a Process of Conflict Resolution between the Government of the Republic of the Philippines (GRP) and the Moro National Liberation Front (MNLF), as Mediated by Indonesia (1993-1996)

Peace is not a destination; it is a journey. Such words were reiterated by Mr. Jamil Maidan Flores, Lead Researcher and author of LESSONS LEARNED from a Process of Conflict Resolution between the Government of the Republic of the Philippines (GRP) and the Moro National Liberation Front (MNLF), as Mediated by Indonesia (1993-1996). More than one hundred (100) participants gathered at the ASEAN Secretariat this morning for the launch aforementioned publication, which was the outcome of the very first Research Project undertaken by the ASEAN Institute for Peace and Reconciliation (ASEAN-IPR).

Mr. Rezlan Ishar Jenie, Executive Director of the Institute, underlined that the very concept of the ASEAN-IPR derives from a thought to collect, gather, and take stock on best practices and lessons learned on the resolution of conflicts ? which are great assets in contributing to peace and stability in the region, and the world at large. As H.E. Hoang Anh Tuan, Deputy Secretary-General of ASEAN for ASEAN Political-Security Community (APSC) further emphasised, ASEANs efforts in strengthening a culture of prevention for a peaceful, inclusive, resilient, healthy and harmonious society have strongly complemented the global movement in promoting the culture of peace. Moreover, H.E. Noel Servigon, Representative of the Philippines to the ASEAN-IPR Governing Council, highlighted that the Research Project has shown the importance of mediators as champions of peace, and how diplomacy became instrumental in forging peace between the GRP and the MNLF.

Accordingly, H.E. A.M. Fachir, Vice Minister for Foreign Affairs of Indonesia, underscored in his remarks, that amongst the objectives of this Research Project is to instil a habit of dialogue and peaceful settlement of disputes in ASEAN. In light of the community building process, the unity and cohesion of ASEAN at all levels have become even more crucial. Thus, ASEAN must remain alert to the fast evolving regional and global environments, while maintaining ASEAN leadership and centrality. He also expressed hope for the ASEAN-IPR, as ASEANs institution for research on peace, conflict management and conflict resolution, to initiate, lead and produce more of such Research Project.

The Seminar brought together participants coming from the diplomatic corps (namely ASEAN Member States, ASEAN partners and stakeholders), academia and the mass media. Participants get to witness first-hand stories and lessons learned shared by key players in the 1993-1996 peace process. Amongst such key players include: H.E. Nur Hassan Wirajuda, Former Minister for Foreign Affairs of Indonesia and Facilitator/Chairman of the Mixed Committee of the Peace Talks between GRP and MNLF, Atty. Nabil Alfad Tan, Member of the GRP Negotiating Panel (1993-1996), Mr. Muslimin Sema, Former Chairman of the MNLF (2008-2017), and H.E. Yuli Mumpuni Widarso, Supervisor of the Coordinating Secretariat for the Mixed Committee.

Aside from reflecting on Indonesia’s role in facilitating the peace talks between 1993 to 1996, the Seminar also looked ahead at the significance of such facilitation in the bigger picture of conflict resolution in ASEAN. Learning from the 1993-1996 experience in Mindanao, H.E. Wirajuda underscored the importance of openness of conflicting parties towards the possibility of a facilitating third party – as could also be learned from Indonesia’s experience in resolving the conflict in Aceh. Further drawing from such experience, he also reiterated the significance of the ASEAN-IPRs function to pool expertise on peace processes from the region, for the region.

Joining the panel of discussants is Dr. Darmp Sukontasap, Chair of the ASEAN-IPR Governing Council, who also acknowledged the importance to keep the ASEAN-IPR up-to- date with all the potential conflict/threat that would be challenging and ever evolving with its many dimension and players. Moreover, Mr. Kyaw Myaing, Representative of Myanmar to the ASEAN-IPR Advisory Board, recognised that his country could draw from the experiences of a fellow ASEAN family, namely in this context the Mindanao peace process in 1993-1996.

The ASEAN-IPR has several research projects in the pipeline. The Institute will convene an ASEAN Women Interfaith Dialogue, taking on the theme “Promoting Understanding for an Inclusive and Peaceful Society” which will be convened in November 2019.