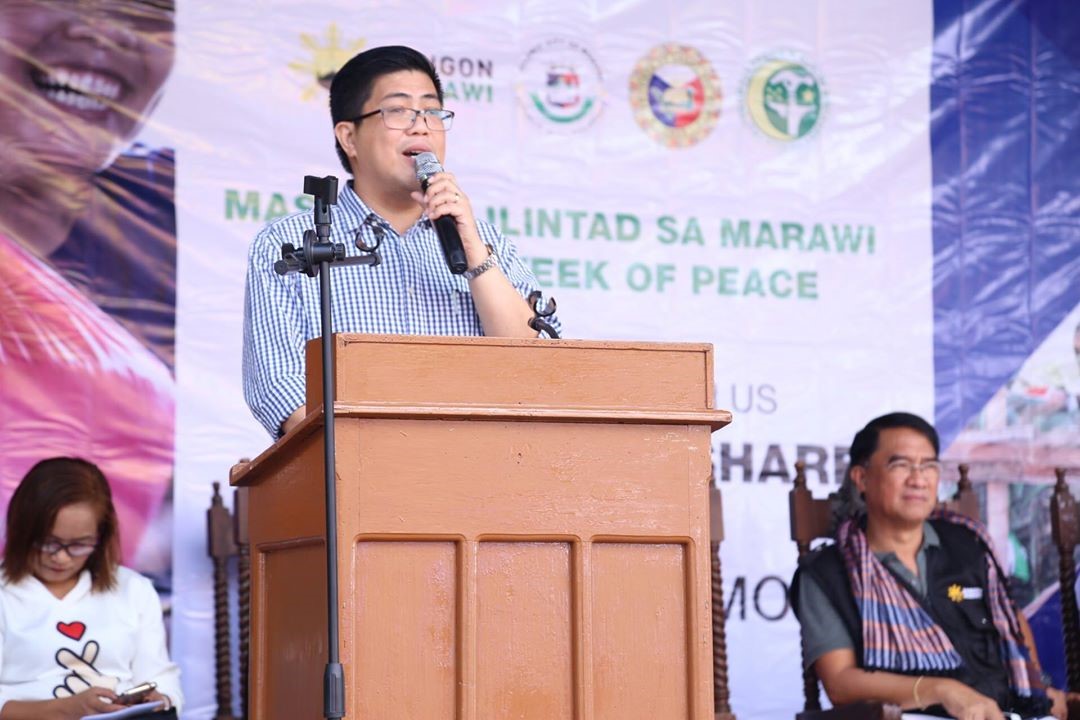 Marawi celebrates Week of Peace, Office of the Presidential Adviser on the Peace Process

OFFICE OF THE PRESIDENTIAL ADVISER ON THE PEACE PROCESS-FRIDAY, MAY 18, 2018

MARAWI CITY, 18 MAY 2018 -?Task Force Bangon Marawi (TFBM), its member line agencies, and local government units launched the Marawi Week of Peace on 17 May 2018 to commemorate the heroism and unity displayed during the last years siege of this city.

The week-long commemoration, which coincides with the start of holy month of Ramadan this year, will be celebrated on May 17 to May 23 every year.

The opening day featured several line agencies providing public services in their booths inside the Marawi City Hall grounds, such as the Department of Trade and Industry which conducted a trade fair and the Department of Health which offered medical services to residents.

It is important to recognize the heroism and resiliency of people in terms of addressing the conflict that happened to them and rebuilding their lives again, Office of the Presidential Adviser on the Peace Process (OPAPP) Assistant Secretary Rolando Asuncion said.

Asuncion also underscored the importance of inner peace in rebuilding relationships and reconnecting with communities.

“Ang kapayapaan ay nagsisimula sa ating sarili. We need to reflect on our values, behaviors, and attitudes, he said.

Following the opening ceremony, OPAPP spearheaded a town hall meeting with different stakeholders in the city and hosted an Iftar, or breaking of the fast, with the local communities.

Partner line agencies will conduct activities such as relief distribution and livelihood and technical training. Sports, cultural, and religious activities will also be mounted during the week of peace.

Peace is a shared responsibility, Atty. Faisal Cali, a representative of the vice governor of Lanao Del Sur, said as he called all stakeholders of Marawi to unite in order to fast-track the rise of the city. ###