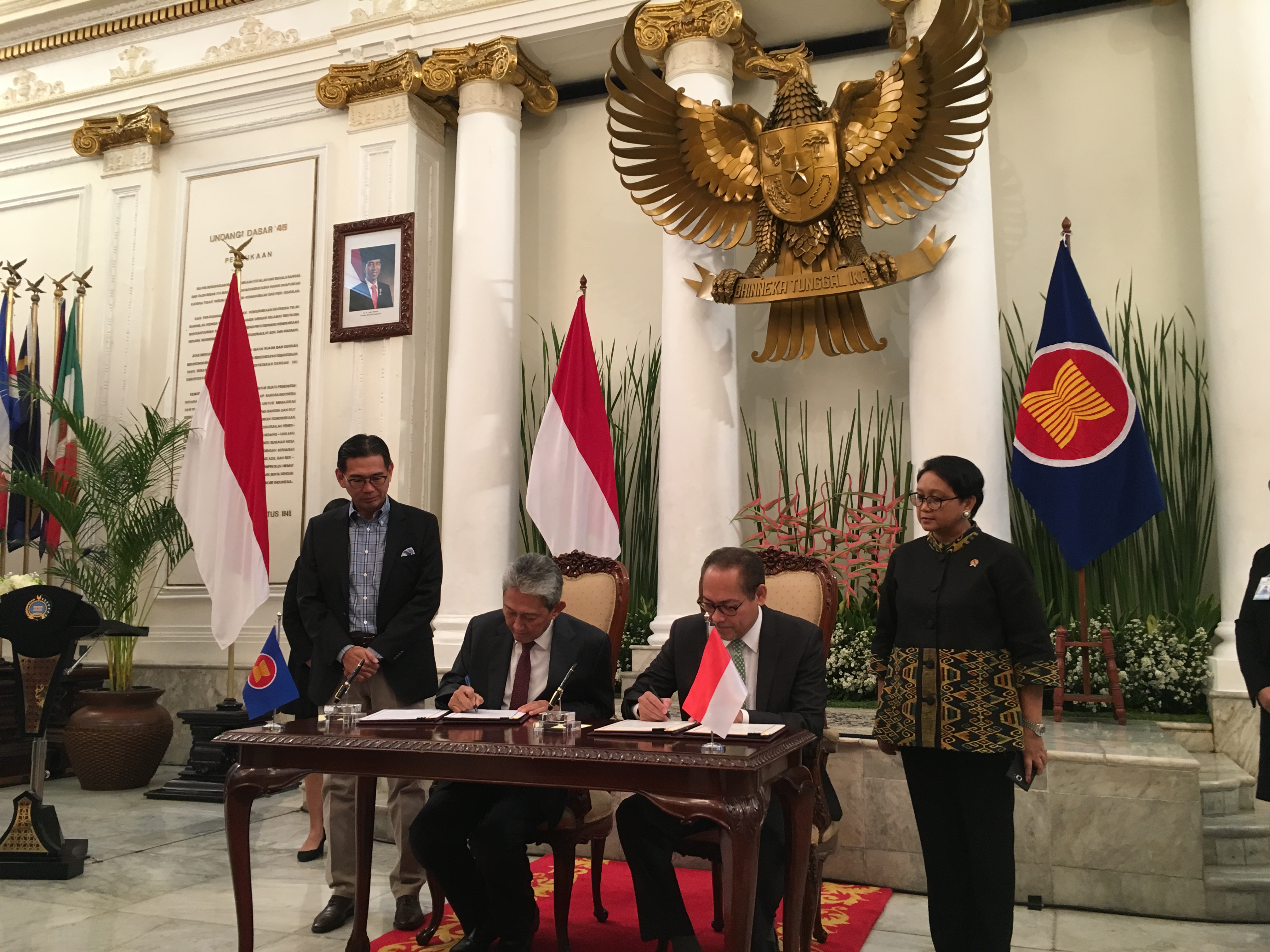 Jakarta: The ASEAN Institute for Peace and Reconciliation (ASEAN-IPR) will be an important instrument in peacekeeping and reconciliation efforts. This was conveyed by the Minister of Foreign Affairs of the Republic of Indonesia, Retno Marsudi, at the signing ceremony of Agreement on Hosting and Granting Privileges and Immunities to the ASEAN Institute for Peace and Reconciliation at Pancasila Building, Ministry of Foreign Affairs, Jakarta (1/2).

ASEAN facing challenges in the process of community development, such as violent extremism and internal armed conflict that must be addressed and anticipated. This is where ASEAN-IPR plays its strategic role”, explained the Foreign Minister.

The Minister added that the signing was the culmination of the ASEAN-IPR Secretariat’s operational process and invited all ASEAN Member Countries to continue to support ASEAN-IPR in carrying out its mandate and functions.

Since its official establishment in 2012, during the 21st ASEAN Summit in Phnom Penh, Cambodia, ASEAN-IPR officially had its Secretariat on October 2017, when Ambassador Rezlan Ishar Jenie was elected as ASEAN-IPR’s Executive Director through an open recruitment process.

ASEAN-IPR is initiated by Indonesia during its chairmanship in 2011. The Institute is an ASEAN Entity specialized in research activities on peace, conflict management and reconciliation, holding capacity building activities for stakeholders and becoming a network center among research institutions in the region. In the future, ASEAN-IPR is expected to offer/recommend a comprehensive solution in the field of peace and reconciliation in the ASEAN region.

Indonesia is committed to support the development of ASEAN-IPR, among others through the provision of ASEAN-IPR Secretariat Office at Education and Training Center of the Ministry of Foreign Affairs, Jl. Sisingamangaraja No. 73, South Jakarta.

The signing of the Host Country Agreement was held in Pancasila Building, Ministry of Foreign Affairs by the Director General of ASEAN Cooperation, Ambassador Jose Tavares (representing the Government of Indonesia) and Executive Director of ASEAN-IPR, Ambassador Rezlan Ishar Jenie (representing ASEAN-IPR). The event was witnessed by Deputy Foreign Ministers, Foreign Ministry Officials, Board Members and ASEAN-IPR Advisory Board, ASEAN Secretariat Officials and Permanent Representatives of ASEAN Member Countries.

(Source: Directorate General of ASEAN Cooperation, Ministry of Foreign Affairs of the Republic of Indonesia).