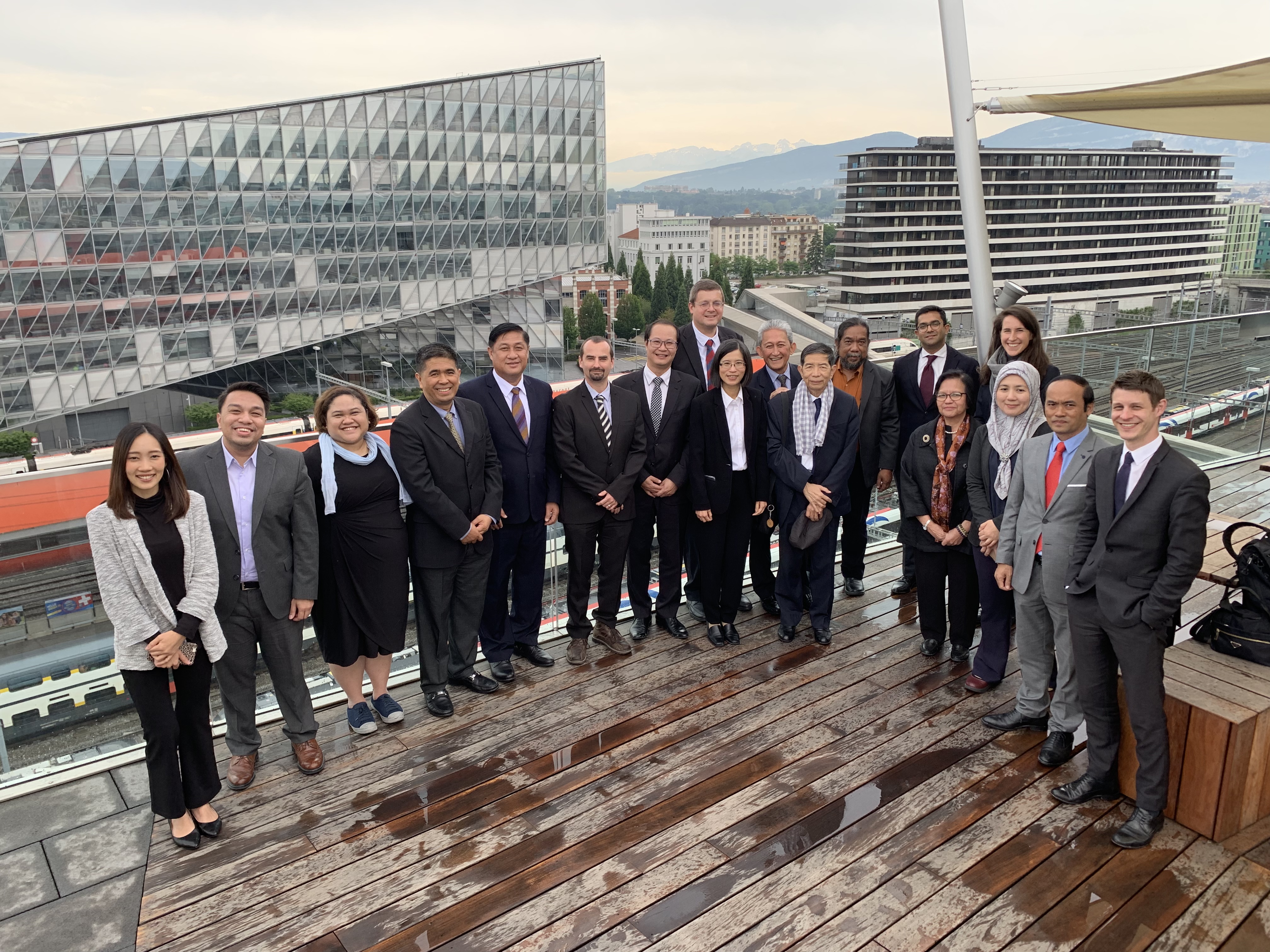 12-14 June 2019: The ASEAN Institute for Peace and Reconciliation (ASEAN-IPR) had the privilege to convene its very first Study Visit.

The visit, officially titled Study Visit on ‘PEACE FACILITATION & RECONCILIATION’ was initiated by the Swiss Federal Department of Foreign Affairs (FDFA), Human Security Division, under the ASEAN-Switzerland Sectoral Dialogue Partnership. Representatives from the ASEAN-IPR Governing Council, Advisory Board, as well as the Executive Director and Staff of the ASEAN-IPR Secretariat actively participated in the Visit.

In Bern, ASEAN-IPR Delegation met and engaged with the FDFA’s Asia-Pacific Division, as well as our hosts, the Human Security Division – discussing on ASEAN-Swiss Relations, as well as the experiences, best practices and challenges on peace facilitation and mediation. The Delegation also met with Members of the ASEAN-Swiss Parliamentary Friendship Group (ASPFG) and Members of the ASEAN Committee in Bern (ACB), where they were briefed on Switzerland’s Federal semi-direct democracy system, and areas of cooperation between the ASPFG & ACB.

The ASEAN-IPR Delegation had fruitful exchanges with swisspeace- namely on conceptualising research & capacity building on peace processes, and the roles of mediation support systems. In Geneva, ASEAN-IPR Delegation visited Maison de la Paix (House of Peace), and touched base with like-minded institutions such as the Geneva Centre for Security Sector Governance (DCAF), Geneva Centre for Security Policy (GCSP), Inclusive Peace & Transition Initiative (IPTI) and Geneva International Centre for Humanitarian Demining (GICHD). The Delegation were enlightened with introduction of the centres’ objectives and work, and had exciting exchanges on how they could all collaborate with the ASEAN-IPR.

ASEAN-IPR Delegation also met with the International Committee of the Red Cross (ICRC), who have collaborated with the ASEAN-IPR through the International Humanitarian Law (IHL) Symposium in 2017. The ICRC briefed the Delegation on their humanitarian work/projects, namely those in Southeast Asia, and took the opportunity to introduce the Institute to the Centre of Competence on Humanitarian Negotiation (CCHN) – a centre born from the collaboration between ICRC with UNHCR, WFP, Medecins sans Frontires (MSF- Switzerland) and the Centre for Humanitarian Dialogue.